I have been playing guitar since 2004 and I started recording music videos on YouTube in 2009. In this post, I am going to explain how I record guitar tracks in my home studio. I will detail the gear I am using including amp, effects, mics, audio interface and software.

Feel free to have a look at my videos here: youtube.com/EricDaoud.

Before I talk about my setup I want to briefly explain the different tools you need to have a working home studio that will let you record various instruments: 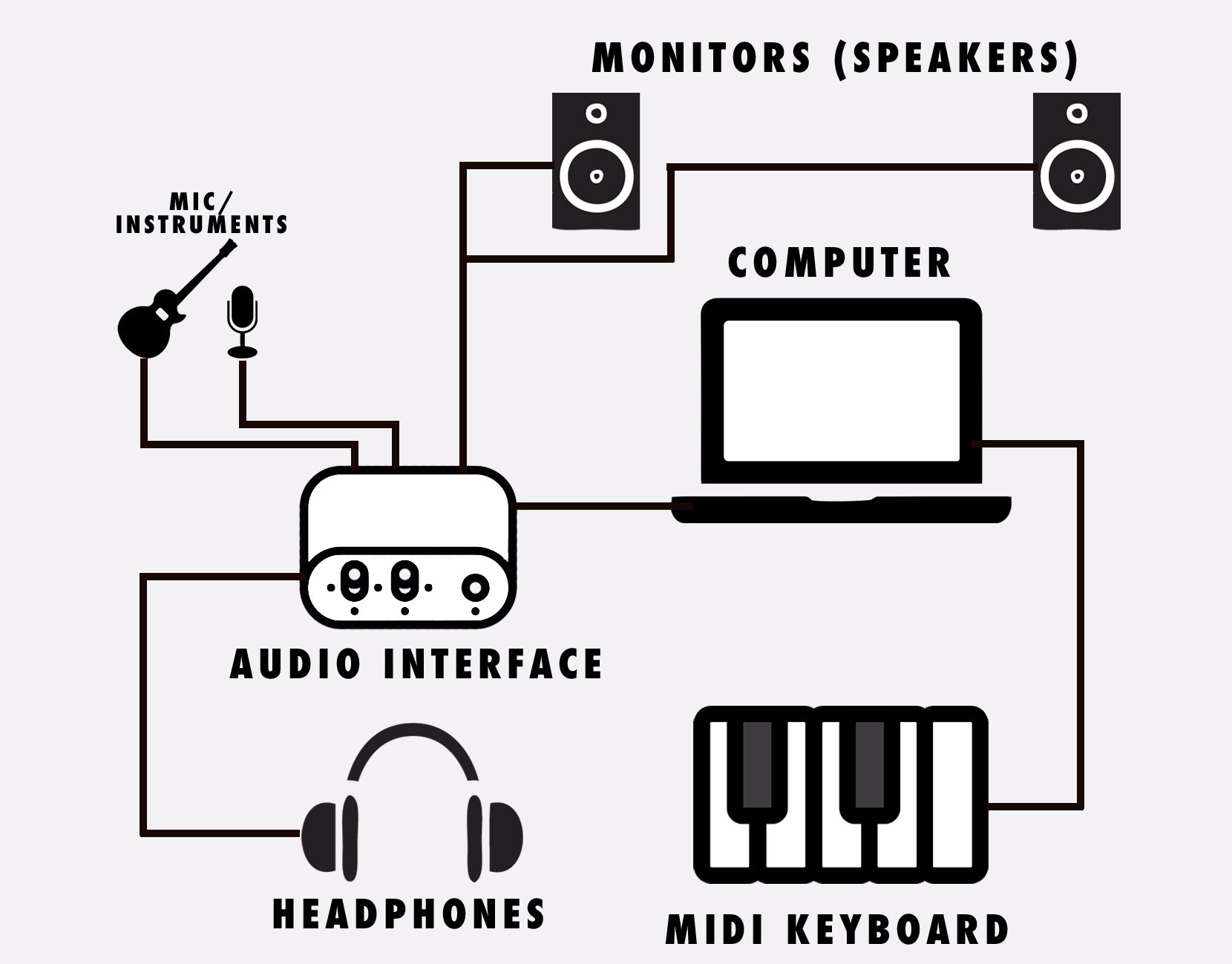 Now that we covered the basic, let me show how I am recording my videos and what gear I am using.

Here’s a non exhaustive list of the gear I am using in my home studio:

My studio gear is fairly simple, here is what I am using:

This part gets a bit more complicated, here’s the list of what I’m using and I’ll explain how they are setup and why:

First, I plug my guitar into my TC Electronic G System multi effect unit. This unit is no longer manufactured but it sounds great, very versatile and handy. The unit has almost every effect built in, like reverbs, delays, modulations, uni-vibe, wah-wah, whammy, etc … It does not provide overdrives though, but you can plug up to 4 external overdrive pedals in the system and control them via the dedicated switches. The unit can also control your amplifier channels and midi devices. In the end, you can create different presets by choosing among the various effects, overdrives and amp settings.

I am using an Elmwood Modena M60 amplifier. Unfortunately this brand no longer exists but they were making awesome amps, hand built in Sweden. It’s 60 watts tube amplifier, with 2 channels (but each channel has a boost so it’s almost a 4 channel amp). I’m controlling the amp channels with the G System.

Then, my amplifier goes into a Two Notes Torpedo Live. This unit is a load box and a speaker plus microphone simulation device. This means that I do not need to have a speaker connected to amplifier, the unit has various cabinets simulation built in, they’re all very high quality and sound great. Since I do not have a cabinet, I can crank my amplifier and let the tube screams, it sounds much better this way. I can listen to the recorded sound via headphones or speakers and adjust the volume so that I don’t annoy the neighbors. It’s possible to setup different presets on the Torpedo Live, by using different cabinets and microphones combinations and settings. I am controlling the presets with my G System once again. This means that when I create G System presets, I can chose a combination of:

Finally, my Torpedo Live is plugged into my MOTU audio interface, connected to my Mac Book Pro which runs Logic Pro X. 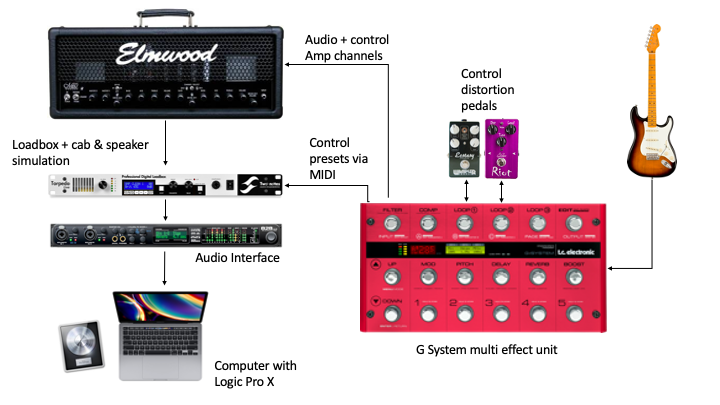 I am a guitar nerd. I love learning about new gear that’s coming out and spending some time tweaking my settings and trying new sounds. I hope that post helped you in some way. Don’t hesitate to let me know in the comments, and please check out my music videos on my YouTube channel.

Deploy Metabase with Docker and Nginx over HTTPS

Metabase is an open source dataviz application that lets you create analytics graphs and dashboards very easily. Let's see how to deploy Metabase over HTTPS by using Docker, Ngi...

Habits to be more productive and organized

I recently read a book about productivity and organization at work. More precisely about how to achieve the same amount of work in a smaller amount of time. It's french book cal...

Automate your computer setup with dotfiles

In this post we are going to look at how to automatically setup your computer with your favorite software and configurations. This can be very useful when you have a new compute...